Step Into Health Care are your local allied healthcare professionals and we are centrally located in Braddon Canberra. Our services cover Osteopathy, Exercise Physiology, Remedial Massage, Physiotherapy, Reiki, Hot Stone Massage as well as Bones and Balance Classes. To make an online booking with one of our practitioners, please click here.

Please scroll down through this page to Meet our whole Team. 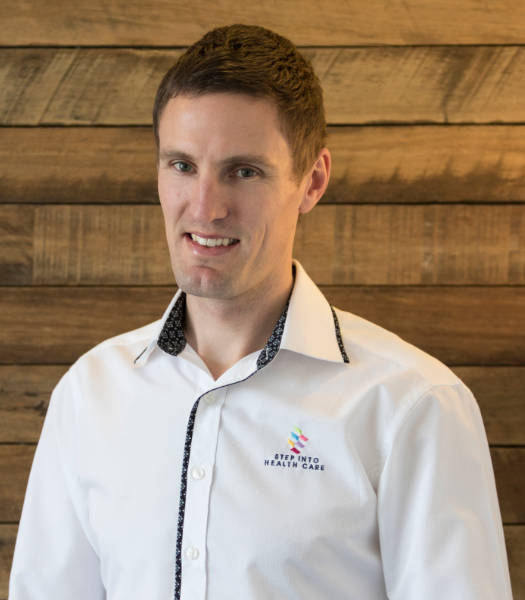 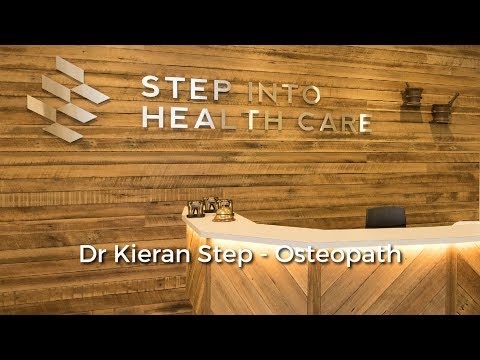 Kieran graduated from the University of Western Sydney in 2008. Since graduating, Kieran has worked in various clinical settings in Canberra, Tasmania and Canada.

Kieran represented Australia internationally in Cross Country Skiing and was national champion for two consecutive years and state champion for four years. In addition Kieran worked with the Queanbeyan Tigers AFL team in 2009 and 2010.

Also, Kieran recently practised in British Columbia, Canada developing the emerging profile of Osteopathy. He found the experience personally rewarding and is privileged to have practised in such a beautiful country.

In his spare time Kieran has a passion for skiing and is always in search for the ultimate powder day! Travel, adventure and new experiences are always on the horizon. 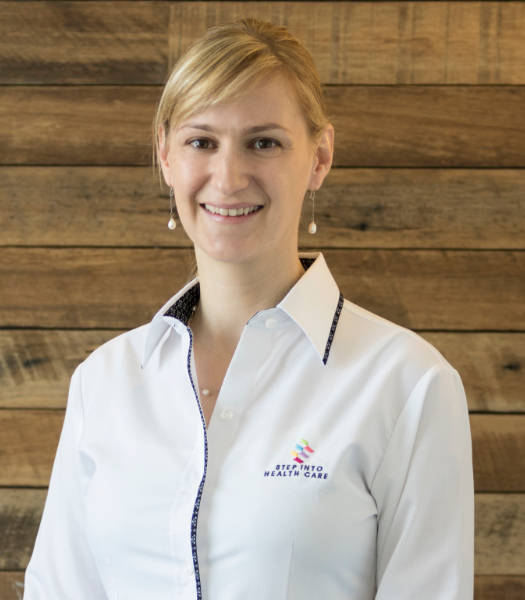 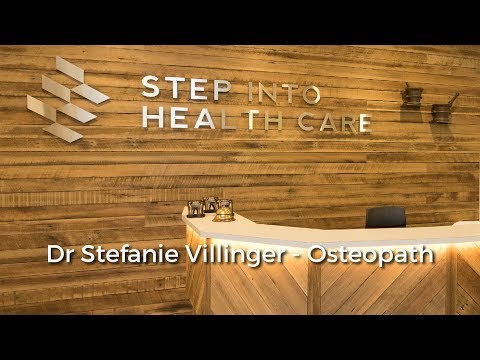 Stefanie grew up in country NSW and has always had an interest in health care. Consequently Stefanie moved to Sydney to follow her desire to study Osteopathy.

Stefanie has worked in many areas of Australia as an Osteopath from Canberra to Tasmania. Following an aspiration to combine Osteopathy and adventure, from 2013 to 2015 Stefanie practised in Canada which also included treating Paralympic athletes of the winter games. She also loved incorporating travel, skiing and hiking.

In addition Stefanie enjoys treating headaches, pregnancy related conditions and infants. Stefanie treats with a wide variety of Osteopathic techniques as well as dry needling. Stefanie appreciates continuing her education with the latest evidence based medicine, techniques and courses. 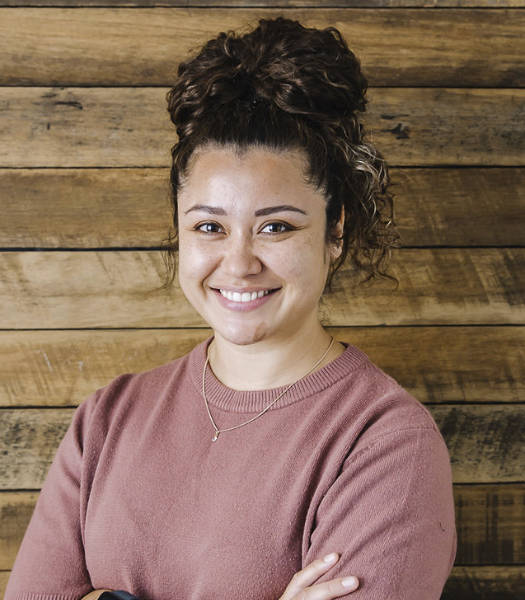 Jenelle grew up in Melbourne and has always had an interest in human mechanics.

In 2012, Jenelle completed a bachelor’s degree in Exercise Science and Human Movement, majoring in Clinical Practice. After which, she accomplished further studies to become a clinical Pilates instructor, sports trainer and massage therapist.

After a period of travel, Jenelle decided to expand her skills by relocating to Byron Bay NSW, to take on the 5-year university training to become an Osteopath.

Her Master’s thesis developed a further interest in mental health, psychological trauma and concussion management. To which she continues to study passionately, in her spare time.

Jenelle uses a combination of Osteopathic techniques in addition to cupping and dry needling, to help her patients feel more comfortable in their bodies. She may further introduce mindfulness and breathing techniques, as well as restorative exercises to help balance and maintain a healthy body.

In her free time, Jenelle enjoys practicing a variety of yoga and martial arts disciplines and will travel to any coastline for a swim in the ocean, as often as she can. 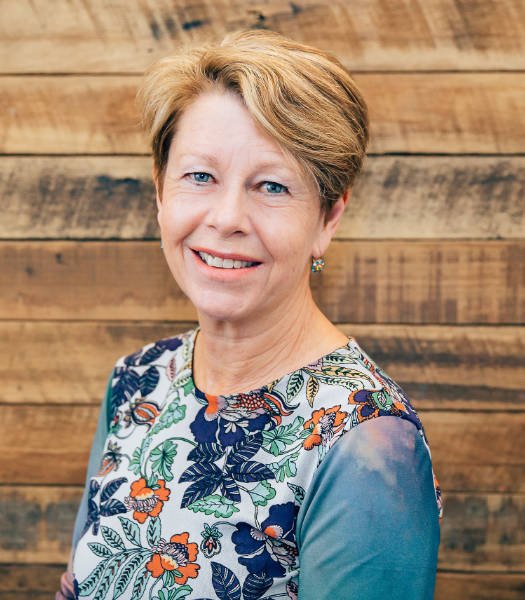 Louise has a particular interest in assisting clients tackle persistent and re-occurring pain. After 35 years of practice, Louise adapts the latest approaches of hands on therapy, pain education and exercise to reduce pain and improve quality of life. Louise takes the time to listen and examine carefully so as to understand the problem and how it’s affecting your life.

Since moving to Canberra in 2019, Louise has explored several great local bush walks and loves that these usually end up at one of our many fab local cafes; cycling, skiing, cooking and sharing good food among other pastimes. 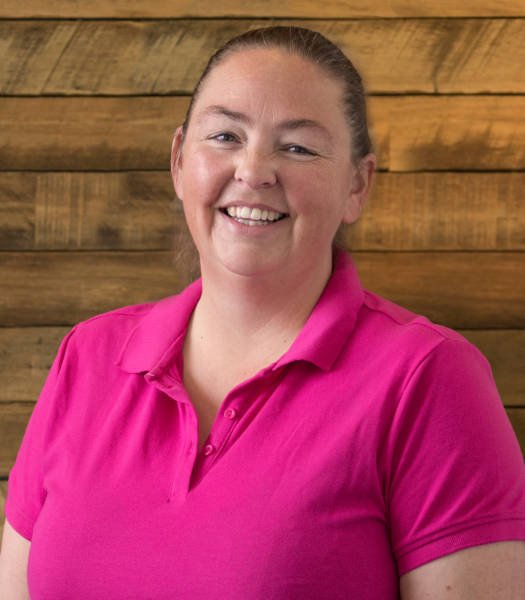 Yvette Croft has worked as a Remedial Massage Therapist for over 22 years and has an interest in a range of remedial and sports massage techniques, as well as pregnancy and infant massage. She provides professional soft tissue therapy treatment for sporting and workplace injuries, aches and pains.

Yvette began studying Remedial Massage Therapy in 1994 with an ‘Introduction to Massage’ course. From there the passion grew and she continued with her studies after the birth of her first child. Yvette completed an Advanced Diploma of Applied Science (Remedial Massage) from CIT in 1999.

Yvette works with many different clients to achieve the best results for the individual, using a variety of Remedial techniques including Myofascial Release (MFR), Trigger Point Therapy (TPT), Deep Tissue Massage and advice on stretching and home exercises.

Yvette is covered by all health funds and HICAPS is available for claiming your massage at the time of your treatment. 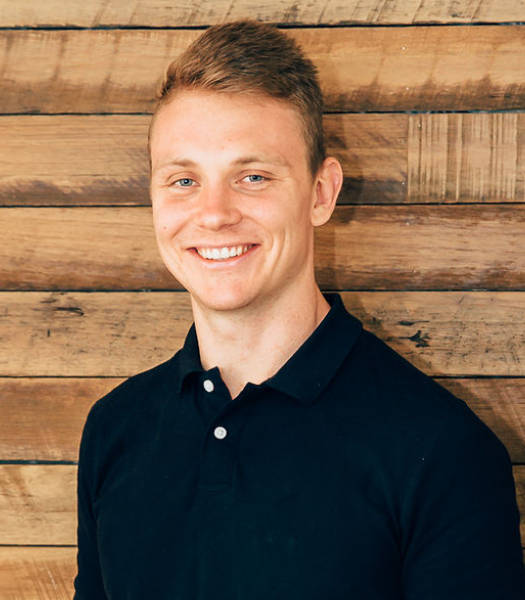 Kody completed his Qualification (Certificate IV Massage Therapy) in 2017 and Diploma in 2021 from the Canberra Institute of Technology.

He spent many years travelling overseas and living in ski resorts as a ski Instructor, until finding his passion in Health Care and Massage Therapy.

His modalities include but are not limited to trigger point therapy, myofascial release, swedish, relaxation, hawaiian, lymphatic drainage, sports, reiki, pregnancy care, deep tissue, muscle energy technique and many others.

He has worked alongside many elite sporting teams, and currently provides massage treatments to teams such as Queensland Reds, Sydney Thunder, Canberra Women Brumbies, Brisbane Fire, Waratahs and Highlanders when they visit Canberra for competitions.

He is passionate about helping people improve, understand and re-connect with their bodies so they can move, think and live better quality lives. 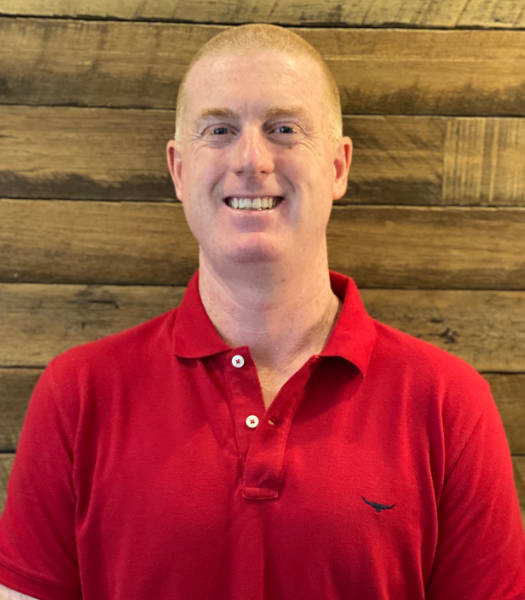 Ben proudly completed his Diploma in Massage Therapy at the Canberra Institute of Technology. In addition, he holds a certificate in functional cupping.

Cupping therapy is a form of alternative medicine in which a therapist puts special cups on your skin for a few minutes to create suction. This may help reduce pain, inflammation, improve blood flow and enhance relaxation and well being. Cupping is a form of deep tissue massage.

Ben comes from a background in hospitality which saw him travel across many countries in Europe before changing careers in 2021. He has a keen interest in helping those with chronic pain injuries, particularly lower back pain or injuries and has an empathetic nature to assist clients through this process.

He enjoys all facets of sport particularly rugby and soccer, however as a father of two young girls, his time these days is limited to coaching his children’s soccer teams, rather than playing.

Ben has had the opportunity to work alongside sporting teams including the Canberra Capitals and mens AIS basketball teams. 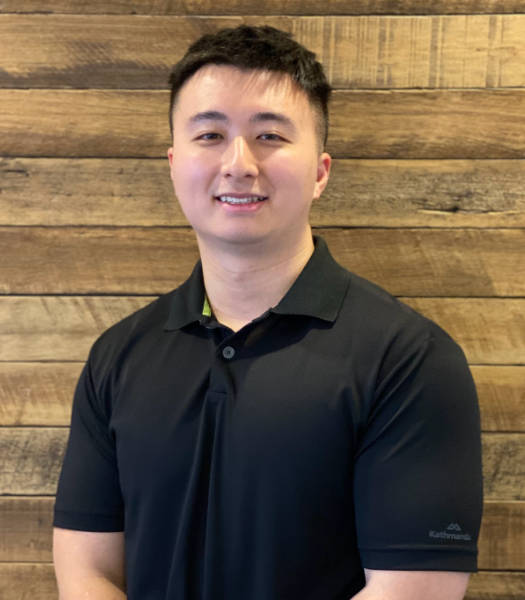 Kelvin moved to Canberra from Sydney after the completion of his Physiotherapy degree. Kelvin has always been interested in health, fitness, and sport related areas. Being a Physiotherapist is something that he always wanted to be. Kelvin is heading into the sport sector and is managing local sports teams during his spare time.

As a musculoskeletal Physiotherapist, Kelvin’s focus includes assessment, treatment and implementation of an optimal management plan for any musculoskeletal injury. Kelvin treats a wide range of conditions including tendon issues, joint sprains, neck/low back pain, cervicogenic dizziness, hand or wrist injuries and sporting injuries. Kelvin has also built up a handy online resource for patients’ self-management on Instagram @kelvin_mok_physio. He feels rewarded seeing patients return to the things they love doing. Kelvin is eager to provide up-to-date evidence-based practice and high quality care to his patients.

Kelvin has a passion for strength & conditioning (S&C) sport. He is a competitive Olympic lifter, body builder and planning to study further in the S&C field. 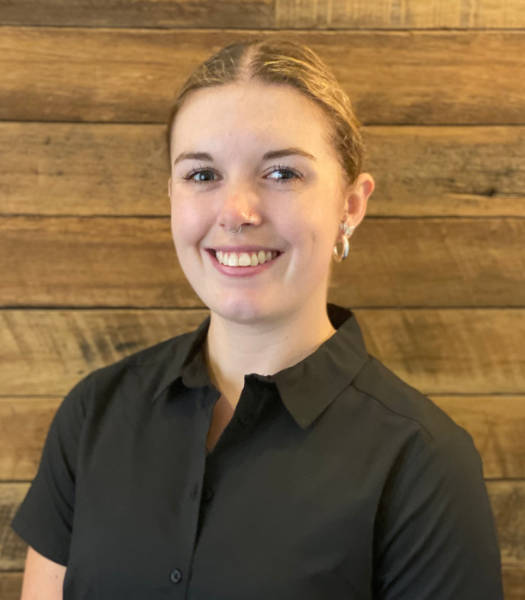 Tammy is a now a Canberra local who completed her Exercise Physiology degree at the University of Canberra. Tammy’s background started in Sports Science, but quickly transferred to Exercise Physiology when she learnt more about the profession and saw an opportunity to make a real difference on an individual level for her clients.

As an Exercise Physiologist, Tammy’s role includes designing, delivering and evaluating safe and effective exercise interventions and programs for people with acute, sub-acute or chronic medical conditions, injuries or disabilities. Tammy can work with patients suffering from a wide variety of musculoskeletal, cardiovascular, metabolic, neurological, cancer, kidney, respiratory/pulmonary or mental health related problems. Tammy always works from an evidence based outcome approach to help you the most.

Tammy grew up in country NSW and always had a passion for exercise and sport. The most rewarding part of her job is seeing her clients physical and mental health improve as well as their confidence. 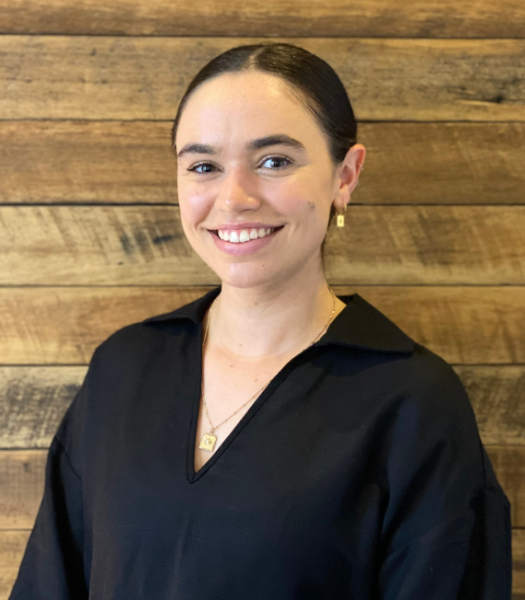 Emma graduated from the University of Canberra completing a Bachelor of Exercise Physiology and Rehabilitation. Starting her university journey with a Bachelor of Sport and Exercise Science Emma quickly discovered Exercise Physiology deciding to change degrees after seeing how impactful this profession can be to an individual’s rehabilitation and overall management of chronic conditions.

Having a holistic approach to exercise rehabilitation, Emma is an advocate for promoting patient-centred care and ensuring that each patient is treated as an individual with their needs always coming first, there is no one size fits all approach to health care. Seeing clients take charge of their rehabilitation and being an advocate for their health through exercise, support and education are the main drivers for Emma’s approach as an Exercise Physiologist.

When not in the clinic you can find Emma teaching Pilates, going out for coffee with friends and family, travelling anywhere near a beach and remaining active through group fitness training, Pilates or social sport.

Our Receptionists at Step Into Health Care 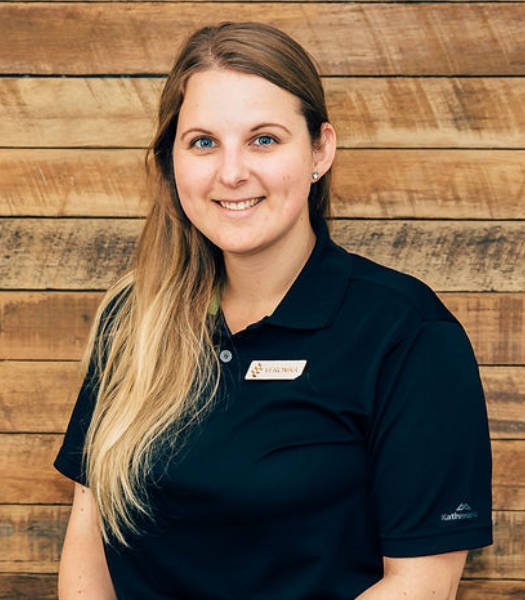 Originally from the Czech Republic, Veronika is at the heart of the Step Into Health Care family. Veronika makes sure your first step into the clinic is a positive one and strives to help in any way.

By living in different countries and spending several years in customer service and administration positions, Veronika has developed her skills and passion to work with people. 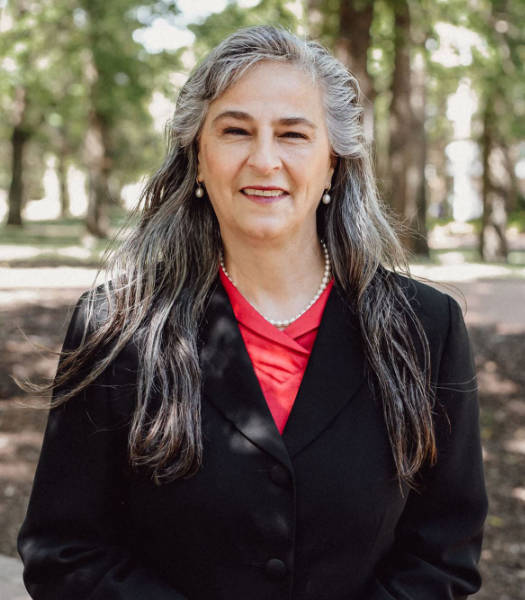 Lucia has extensive experience in customer service. Having worked in the hospitality and recruitment industries for many years, Lucia understands that your very first step into our clinic is the most important. Her experience in senior roles for both the Private and Public sectors means that Lucia understands how the stresses of a busy lifestyle require support for good health and wellbeing.  Lucia has great respect for the care provided by our Practitioners and enjoys welcoming our patients.

Lucia outside of the clinic enjoys helping the community and spending time with little Hudson.

What Our Patients Say